I found myself posting a lot of content on a social media site earlier and realized that I had generated enough content over a margarita for a short blog article. Here’s what’s keeping me busy this Thanksgiving!

First up on the list is my cider project. Here’s the first bottle of what a friend would call “Billings Brand Hard Apple Cider” and it’s six siblings. There’s also a shot of the jug I used to store it once I siphoned it from the fermenter and the “test sample,” which I drank after all tests were complete. It tastes pretty awesome – like a white wine or champagne that is actually delicious!

This is my second batch and it went pretty smoothly. This batch was a mix of juice from Earthfare and some pressed from apples off of my cousin’s farm in North Carolina that I froze for a year. My cousins don’t know the cultivar of their apples, but my guess is that they are Newtown Pippins based on the various characteristics of the apples and the cider, which was clearer than I expected. The only hiccup with this batch was that during the five week ferment the spare Earthfare apple juice that I saved for carbonation molded. I tossed it and used a Mott’s juice box instead, which contained only water, juice from concentrate, and ascorbic acid (vitamin C). It was conveniently right at the volume I needed for carbonation as well.

My first batch of cider sat in the fermenter for about a year, mostly forgotten while I finished my PhD. It was pretty good when I tried it, but this second batch is fantastic and blows it away. I can’t wait to drink it in a few weeks after the carbonation cycle finishes! 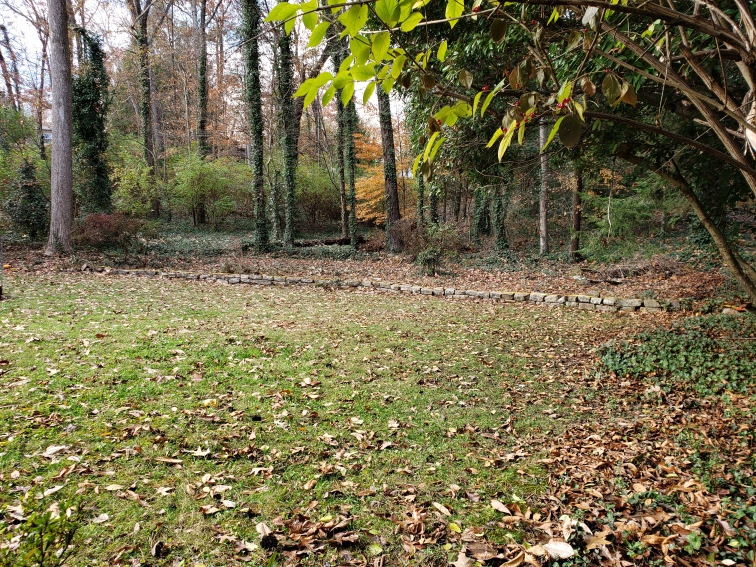 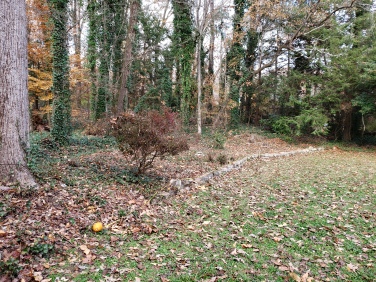 Our next big project: Rebuilding the old garden out back!

Our house in Oak Ridge Tennessee was built during the Manhattan project and inhabited continuously by the original occupants until about 2001. Locals tell us that it was once covered with gardens that were removed at some point over the past twenty years. In fact, when we first moved in three small children found their way into the back yard through a hedge and I heard the oldest – no more than 7 or 8 – describe it as a “secret garden.”

There is a large garden bed in the back behind a small rock wall. It was probably amazing in it’s hey day, but after a decade or two of neglect it was mostly ivy and detritus. Last year we had it cleared and some of its less obvious features were immediately noticeable. It has an irrigation loop from higher on the property that feeds it and it is a foot higher than the surrounding lawn. There are awesome azaleas, rhododendrons, and several types of flowers including “naked ladies” that still grow.

There’s also an old school spigot outside the wall that doesn’t work, but I can fix that. The previous owners told us that the spigot never worked and they had no idea why it was there, but that was our first clue that perhaps there was an old garden out there: Lovely bushes? Pretty flowers? Awesome wall? Spigot? Sounds like a garden to me!

This project has to wait until the bathroom remodel finishes, but then it’s game on. We’re going to fence this space to keep the deer out and add a trellis for apple trees, some berry bushes, vegetables, and more flowers. Also some garden gnomes and gargoyles I think. More soon! 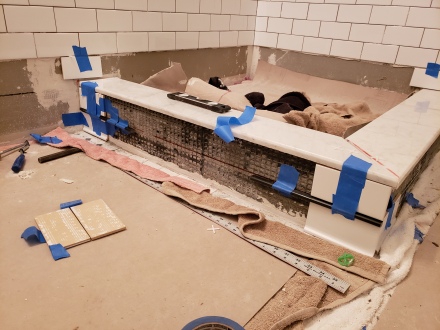 Speaking of the never-ending bathroom remodel… it is going well! I’m into the “detail parts.” Right now the challenge is getting the height right on the outside of the shower pan. The amazing black travertine trim that we bought for the walls combined with creative use of spacers eliminates a pesky half inch tilt in the floor outside the shower pan (which is level). Unfortunately the trim protrudes an extra quarter inch or so past the tile face. I was able to split it with the saw and now it just looks fantastic.

Going down the other side, I’ll continue the trim and cut any tiles that land in places that are too short for all three pieces. That’s much better than a half inch gap!

I also started cutting the trim sets for the inset corners with the special crown pieces and the travertine. This was a great time to use the bevel setting on my saw! 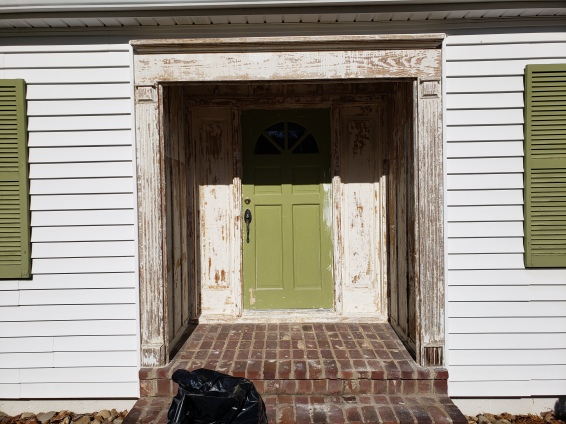 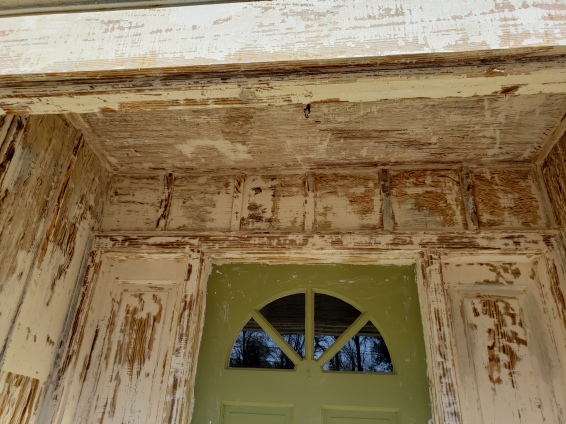 We also decided that a holiday with a few guests swinging by was a great time to have the lead based paint removed from our front door and exterior vestibule. We asked our contractor to strip it using Dumond Heavy Duty Lead-Based Paint Stripper. It is pretty slow going between the cold temperatures (the stripper isn’t as effective) and the extra layers of latex paint that previous occupants used to seal the lead based paint in place in lieu of removal. (Don’t do that, people!)

I’ll post more pictures of this once its finished.

We in the Billings family are strong believers in incentivized performance awards. After making it through all these projects, a big lunch at Gallo Loco with a margarita (and the unexpected extra!) seemed like just the thing!

I'm a physicist with a serious addiction to computing. Most days you can find me bumming around ORNL and Twitter. View all posts by Jay Jay Billings